Deprecated: The called constructor method for WP_Widget in wpex_recent_posts_thumb_widget is deprecated since version 4.3.0! Use __construct() instead. in /home/usi4rw6m6ztg/public_html/wp-includes/functions.php on line 4871
 My New Normal - Outside The Box 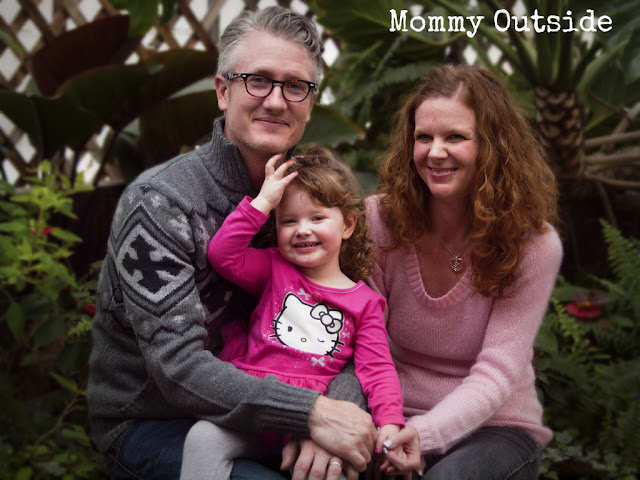 Less than a handful of years ago I lived a dramatically different life than I do now.  I was not yet married, although committed to my now husband, had no children and no biological clock tick, tick, ticking in my ear.

I was 30 something and through (mostly) with those years of insecurity and putting up with other people’s crap (ie rotten relationships). My career was stable and reasonably awarding.  I owned my own house and besides mortgage payments less than most people’s rent I had no debt.  My life was about working hard, looking good, having fun and being a decent human being who contributes to society.  Life was good and although I am not sure I would have agreed at the time I can say now it was pretty uncomplicated.

Fast forward a coupe of years. I had a wedding on the horizon and, wouldn’t you know it, that damn clock finally kicked in (more on that in my Black Magic Baby post). Fast forward just a few more months and I was freshly married with a baby on the way.

My life was going to change.  Of course I knew that (although I couldn’t possibly imagine the magnitude of that change).  What I didn’t know, had no inkling really, what just how much I was going to change.  I am, on so many levels, not the same person I was before I became a parent.  Some of that is for the good, maybe even most of it, but I’m not so certain that all of those changes have been positive.

Those first weeks, even months, of motherhood sucked the life right out of me.  I was a shell of the person, the woman, that I once was.  I mourned the loss of the old me.  It wasn’t selfish, it wasn’t resentment or regret.  I just knew that person that I was had gone and it had taken me 30 some years to really and truly embrace that person.  It was like someone had knocked all of the rungs out of the ladder that I had so slowly and carefully been climbing all of my life and left me scrambling not only to climb that ladder again but to put it all back together.  Oh how desperately I wanted to just feel like “me” again.  It wasn’t to be.

The new me, the mother me, was not all that comfortable in this new position.  I went from knowing exactly what I was doing, being stellar at my job to working largely on instincts that were entirely new and foreign to me.  My darling daughter, that screaming, squirming little creation of mine would force me to accept challenges that I was sorely unprepared for.  But, time and time again those instincts panned out and I learned to trust them – even when others around me didn’t.  When my gut told me not to accept that my little screamer was just a “colicky” baby I was met with some resistance.  But I forged ahead, spent hours upon hours researching and reading tales from other parents looking for (and many had found) the answers to the same questions.  My husband scoffed at me.  It hurt but I carried on.  If this was my new job, protecting and caring for this helpless child, then you better believe I was going to put everything I had into it.  And that is exactly what I did and still do.

My life became about being a mother.  Almost entirely.  There was little attention paid to my wants or needs.  You can tell me that’s wrong.  I’ve heard it all. Mom needs to take care of herself, sleep when the baby sleeps (might work if you had a baby that sleeps) and all of that nonsense. Ok, I know that in theory it’s not nonsense but in reality, at least my reality is was.

I had left the world I knew, had gone into this alien territory and was doing everything I could to, at first, survive, and later to find a place I fit.  I  have very few ties to my family so there was no support coming from there.  My husband and his family were very much consumed by another project so there an extreme feeling of isolation for me for quite a long time.  So, in this brave new world I often felt like the only thing I had was my daughter.  I don’t think it’s difficult to see why I became consumed by motherhood.  Parenting a baby with health issues also fuels that fire.

After a year of staying at home, being a full time mother, I knew that I had to go back to work.  If I had any hope of reclaiming any of my identity outside of being a mom I needed to get back to having a career.  I’m sure this is the part where I need to remind people that this is my story and reflections on my own identity crisis and not a statement for or against working moms, stay at home moms, work at home moms, etc, etc. We are all different.

I had resigned from my former job while I was on leave.  Not because I had any delusions about not returning to work but because I knew it was time for a change, time to move on to bigger and better things.  That did take some of the pressure off of me.  I had no deadline to meet for returning to work.  I didn’t have to rush my daughter into something neither she nor I was ready for.  I could pick the job that was right for me, and right for my family.  Finally I felt I had a small measure of control back in my life.  Although the prospect of leaving my child AND taking a new position were somewhat nerve wracking, the feeling of finally having that little bit of control over my own life was a relief.  It was also frightening.  What if she wasn’t ready for daycare?  What if I wasn’t ready to let her go?  What if I hated my new job?  I had never been afraid of change before.  It was something I always embraced and welcomed for the most part.  But now things were different.  First, the obvious, my decisions would have an impact of this child that I (and my husband) was responsible for.  And, second, and maybe just as important, the last time I decided to make a huge change in my life I quickly realized I was in over my head.

My daughter will be three soon.  Time is such a funny thing.  I look at her and can hardly believe it’s been almost 3 year whole years since she came into our lives.  It can’t possibly have been that long ago.  But on the other hand when I stop to think about life before her it all seems so distant.  Like recalling a favorite movie that you haven’t seen in a while.  You know you liked it but the details are a little fuzzy.

I am forever a changed person.  I still feel like there is very little of the “old” me left and there are times that makes me sad.  Again, it’s not because I resent the responsibility of this life as a mother, but it’s sort of like missing an old friend. I do realize, for certain now, that she won’t be coming back.  Too much has changed (more than I can even share here) and this new identity has taken over.  Good or bad, happy or sad, it doesn’t much matter.  I have accepted this as my new normal. I haven’t quite figured out if I’m a big fan of this new me or not but there is one thing I can say, with no reservation, that my daughter has a good mother. And I have to believe, I do believe, that truth trumps all.

We are bombarded with health and nutrition information every single day. Some of it good information. Some of it bad. And many times it's really…read more →

My little mermaid LOVES her swimming lessons!Please leave a comment after you link up.  I'd love to hear from you!read more →

My Favorite Day of the Year – The Run for the Cure!

This article has 4 comments