Deprecated: The called constructor method for WP_Widget in wpex_recent_posts_thumb_widget is deprecated since version 4.3.0! Use __construct() instead. in /home/usi4rw6m6ztg/public_html/wp-includes/functions.php on line 4871
 A Deadly Year On Our Roads - Can We Turn it Around? - Outside The Box 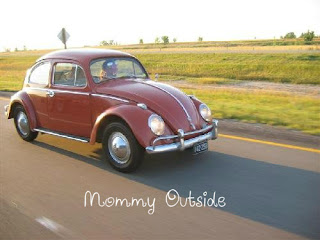 The number of lives lost in 2012 relating to vehicle accidents was staggering. It seemed every time I turned on the radio or read the news online I heard about another tragic accident on our roadways. The statistics usually don’t come out until much later in the year (or usually the following year) and they generally do not hit most people’s radar.  However, there are a couple of exceptions.  We already know that Saskatchewan saw 162 people die in traffic accidents over the last year.  That is the highest number of traffic fatalities in our history.  Nova Scotia also saw a sharp rise in fatalities with 82 which is their highest number since 2007.

So what is going on?  Of course there are many factors.  Impaired driving is one of them.  Canada has a terrible record when it comes to impaired driving.  Consider this – Alcohol consumption in Germany is 20% higher than it is in Canada yet our per capita death rate of alcohol related traffic deaths is 5 times higher!  To be fair that statistic is from 2008 and some progress has been made in this country but we have a long ways to go yet.

Distracted driving is a hot topic these days as it really needs to be.  It is estimated that 8 out of 10 collisions are a result of a driver being distracted.  In 2012 distracted driving caused more fatalities than impaired driving in Saskatchewan. Distraction comes in many forms.  The most common distractions are:

That’s not a complete list, there are many other distractions that can effect your driving but these are some of the most common.

We all know that the use of cell phones while driving has become a deadly hazard.  Texting while driving in particular is a huge concern.  Using your phone to make calls isn’t a whole lot better. Many provinces have outlawed the use of hand held phones while driving, yet using your phone hands free is acceptable.  It really shouldn’t be.  I recently went to a conference where a major car manufacturer spoke about the innovative hands free system in their vehicles.  We were treated to fancy infographics and statistics and were actually told that talking on a hands free device made you a better driver! I would have laughed had it not been such a dangerous and inaccurate message to be selling to people.  I have searched quite a bit to try and find another source that might  indicate that talking on a hands free device is, at the very least, not a dangerous distraction (let alone making you a better driver) and I just can’t find anything that doesn’t say the exact opposite.  Communicating with someone that is not in your vehicle, whether you are using a hand held or a hands free device is a dangerous distraction.  Period. Talking on any phone while driving makes you four times more likely to be in a collision and is comparable to driving while impaired. It is true that having a conversation with another passenger in your vehicle can be beneficial.  It can help to keep you alert, but it’s entirely different than having a conversation with someone on a phone.

Even with laws in place to help curb the use of cell phones (not including hands free) it’s still an epidemic.  It’s rare that a day goes by that I don’t encounter another driving texting or using their cell phone in some capacity while behind the wheel. I’m not sure how many people have to lose their lives before we start to take this seriously.

We live in what we perceive to be a fast paced world where multitasking is the norm.  The problem is, driving already requires you to multitask.  You are in control of a large and potentially deadly piece of machinery, you have to pay attention to what’s ahead, behind and around you, you have to try and anticipate what other drivers are going to do. Throw in other unnecessary distractions and the mix can be fatal.

What can you do to help avoid distractions while driving?

Being better drivers is something we can all work on and, most certainly, is something we can teach our children.  It’s really important to lead by example.   They need to know that drinking and driving is absolutely unacceptable and that when you are driving being focused on that job is your number one priority.  They need to learn that as passengers now and as drivers later on in life.

What are your tips for avoiding distraction while driving or just being a better driver in general?  Do you think that penalties for using cell phones while driving should be more severe?

Back to School with Church & Dwight

This morning I saw my little girl off to her very first day of grade one! I can't believe how quickly the summer flew by…read more →

I have difficult hair.  It's curly, thick and coarse.  Styling it and keeping it healthy is a challenge at the best of times.  This time…read more →

Wordless Wednesday – I Want to Hold Your Hand w/linky

Molly and Grandma at the zooPlease note that entering your email address in the link up is optional.  Email addresses will only be used to…read more →