Deprecated: The called constructor method for WP_Widget in wpex_recent_posts_thumb_widget is deprecated since version 4.3.0! Use __construct() instead. in /home/usi4rw6m6ztg/public_html/wp-includes/functions.php on line 4871
 What I've learned from Treehouse

When I was a kid cartoon programming was reserved for Saturday mornings and Sunday evenings.   I would not have exactly called it “quality” kids programming either.  I mean the Sunday evening Disney shows were more or less appropriate but the Saturday morning cartoon extravaganza consisted mainly of a little man with a speech impediment trying to hunt down a rascally rabbit (wrong on so many levels) or an ongoing, violent feud between a seemingly flightless bird and a wild canine.  Now, well, it’s a completely different world.  There are entire TV stations dedicated to entertaining kids.  In our house its Treehouse TV.  My daughter is two and it is the one station that I can turn on and not be concerned about what sort of images or messages she is being exposed to.  There are only two shows on Treehouse that I prefer she doesn’t watch.  One is the Waybuloos and the other, believe it or not, is the Care Bears. I can’t stand all the baby talk on the Waybuloos and I don’t think anyone over the age of say six months should be exposed to it. As for the Care Bears, well that show can be down right scarey.  I think we’ve watched maybe 2 episodes and both times I had to turn it off because of the “scare” factor.  It’s certainly not the Care Bears that I remember years ago when my little brother watched it and I don’t quite understand why they need to inject fear into a kid’s show with the word “Care” in it.  Otherwise I’m a big fan of Treehouse. But this post isn’t really about a TV station, it’s about what valuable life lessons I have gleaned from those perky little animated creations that flitter across the screen. 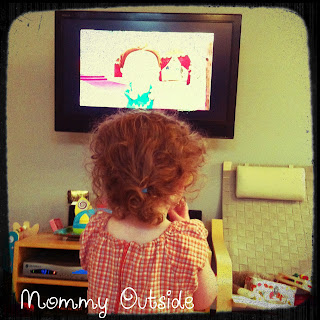 Here’s what I’ve learned so far:

March 15-21 is Poison Prevention Week.  We've all heard tragic stories about children ingesting things they shouldn't have. It happens far too often and the…read more →

This article has 15 comments