Deprecated: The called constructor method for WP_Widget in wpex_recent_posts_thumb_widget is deprecated since version 4.3.0! Use __construct() instead. in /home/usi4rw6m6ztg/public_html/wp-includes/functions.php on line 4871
 Gratitude, Forgiveness and Manners - Outside The Box 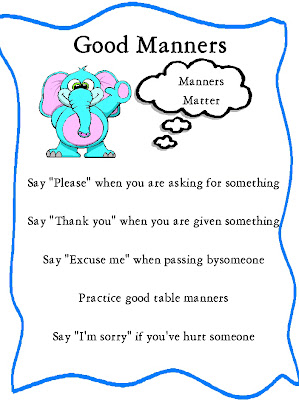 The other day I was on a Facebook page trying to snag a free sample that a company was graciously giving away.  Like so often is the case lately, I, along with everyone else, experienced some technical glitches.  It appeared that I was one of the first people to experience the problem so I politely posted on the company’s wall that there seemed to be a problem.  I then went about my day.  Several hours later I thought I would go back and try again.  By this point the wall was flooded with posts from angry, greedy consumers demanding their free samples and threatening to “unlike” the company’s page if they don’t produce.  Was I surprised?  Sadly, no.  I’ve seen this countless times in recent months.  A freebie, or high value coupon is offered and people turn into vultures.  They readily admit that they have three browser windows open and are hitting refresh every two seconds.  And then they wonder why they are experiencing “technical difficulties.”  Thousands of people all clamoring, at the same time, trying to get what they think they are entitled to and hurling threats if its not working out.  I have news for you people.  You are not entitled!  There is no rule, anywhere in existence that states a company must give you free samples of their product.  If you want it that badly, get out your wallet, go to the store and buy it.  Greed is so unattractive. I’d also be willing to bet that the people who put up such a stink over these things are the last people in the world to come back later, when they do get their free stuff, and actually say THANK YOU to the company that gave it to them.

Now let’s talk about apologies.  When my daughter says something or acts in a wait that is hurtful or inappropriate she understands that she need to say “I’m sorry.”  When she does apologize we let her know that that was the right thing to do and move on.  That’s how it’s suppose to work.  Isn’t it?  I’ve encountered two recent stories that make me wonder when we started to devalue the word “sorry” to the point where it is almost worthless.  One incident was a well known athlete (well known to some, I had never heard of him) who made some thoughtless, hurtful comments relating to people with disabilities.  The comments were ignorant and he was taken to task for uttering them.  I am 100% supportive of calling out people, celebrities or not, who spew that sort of ignorance.  They need to know what they are saying is offensive.  However, when that person turns around and offers a thought out, seemingly sincere apology it is just as ignorant to tell them that their apology means nothing. Do you not understand that you bring disgrace to your cause when turn around and act like a spoiled child too?  What kind of society are we trying to build with that sort of behavior? Somebody needs to stand up and be the bigger person.

The last incident that caught my attention involved a staff member employed with a well known hotel chain.  Facebook posts relayed a story of a disabled hotel guest who asked for assistance to get down from his second story room after a power outage made the elevator useless.  The employee working at the time was rude, unhelpful and apparently even went so far as to laugh at him.  Completely unacceptable.  The whole incident went viral via social media. The first I became aware of it was when I came across a formal apology issued by the hotel chain.  It was well written, thoughtful and addressed the issue head on.  I was actually pretty impressed with how they handled the situation (at least as far as we could see).  However, the raging public did not agree. For some reason the apology just added fuel to the fire and made them even more hostile.  They swore never to visit this hotel chain again.  How dare you apologize?  What?

When did we begin this dissent  into becoming a world of barbaric heathens?  I must have missed the post or tweet that contained that vital information.  I was taught about manners and respect and that please, thank you and I’m sorry actually mean something.  We are also teaching our daughter those same values.  I am fearful of a society that thinks manners and turning the other cheek are just old fashion fables from a by gone era.  When did this happen?  Why did this happen?  I think it’s more than fair to say that technology has at least played a role in this. People are very quick to email or post comments that they would probably never say face to face. Do you see the problem with that?  We’ve lost our own personal censorship.  If you are about to post something that you would not have the nerve to walk up to a person and say then maybe you should rethink what you are doing.  Yes, some people are just as rude and ignorant in person as they are on the internet but I think (I hope) that the majority of people are not.

What do you think?  Have good manners fallen by the wayside?  Are apologies worthless?  What are you teaching your children about forgiveness?

I have an awesome collection of beauty goodies to giveaway to one lucky Mommy Outside reader! This lovely summer beauty prize pack includes hair color…read more →

Canadian Beef – Goodness in Every Bite!

I am a city dweller.  I get up every week day morning, put on my business clothes and go off to my job in the…read more →

I am an adoptee. With red hair. I resemble absolutely nobody in my family. Growing up people were always asking me where my red hair…read more →

This article has 9 comments