Deprecated: The called constructor method for WP_Widget in wpex_recent_posts_thumb_widget is deprecated since version 4.3.0! Use __construct() instead. in /home/usi4rw6m6ztg/public_html/wp-includes/functions.php on line 4871
 Fashionably Late (40 is the new 20) - Outside The Box

When I was nine years old my parents announced to my older brother and I that there was going to be a new baby in our family.  I was simultaneously stunned and horrified by this news.  Why you may ask?  Well, for a multitude of reasons.  First, I didn’t really want another brother.  I have no idea why I was convinced, from the moment I heard, it was going to be a boy but I did and it was.  Second, I was old enough to have some kind of understanding that if my mom was pregnant that meant my parent’s were doing it.  No kid really wants to know that.  And lastly, and most important, my mom was old.  What was she thinking having a baby at her age?  Who was going to look after this kid? It was foolish.  None of my classmates had siblings that were more than a couple years younger, let alone ten years! It was almost scandalous (in my nine year old world).

Flash forward to 20 some years later.  I’m in my mid 30s, I remember this day so clearly.  I was thinking about my family.  Not sure why, maybe it was someone’s birthday or there was a family event coming up.  At any rate, I started to do the math in my head and realized when my baby brother was born my mother was 32 years old.  32!  When you are nine (almost ten when my brother was born) 32 seems ancient. It was also not the norm back then to be having kids in your 30s.  Yes it happened, but it certainly wasn’t the trend. You got married at 19 or 20 and started having kids right away.

I spent most of my adult life firm in the belief that I did not want to be a mother.  Well, things changed (you can read about that in my Black Magic Baby post).  I was 32 when I met my husband to be, 37 when we got married and 38 when my daughter was born.  So, here I am at 40 with a two year old and my world has completely changed.

Like most big decisions, there are pros and cons to starting a family so late in life. I thought I had weighed them all before we decided to start a family but, honestly, you have no idea in what ways your life will change being a parent until you are there.  Here are a few of the ups and downs of beginning parenthood at (or near) 40 – at least for me.

Pro – We were more financially capable of raising a child.  My husband and I both work hard and bring in reasonable incomes.  We have also worked hard at accumulating almost no debt.  We knew that having a child at this point in our lives would be fiscally responsible.

Con – It’s no longer “my’ money.  Yes diapers and baby stuff in general can be pricey but that part really isn’t the issue, I knew that going into it.  It’s the big ticket items – like vacations for example.  When she was a baby she just sat on my lap and flew for free, but now that’s she’s two it’s full price to take her anywhere and, sadly, flying in Canada is hugely overpriced.

Pro – We are more mature and responsible than we were at 20.  There are probably people that make great parents at that age.  I would not have been one of them.  I had missed a lot in my childhood and needed to make up for it as a young adult.

Con – Bringing a child into your life after many, many years of being single or a couple is a huge shock to the system.  I like things a certain way, my way to be precise, and suddenly here is this little creature who could not care less how I want things.  What she wants (especially as an infant) is what matters most and my need to have things all in order (my house, my plans, etc.) take a back seat,  like way back in the station wagon kind of back seat.

Pro – I feel that her father and I have considerable life experience to share with our daughter.  We have had lots of years to take risks, succeed, fail, experience heart break and loss. I didn’t have that under my belt at 20.

Con – I sometimes wonder how much of her life I will get to witness.  Will I be around when she get’s married?  I was 37 when I got married, if she is that age who knows if I’ll be here.  Will I be here when she becomes a mother?  My mother has not been around to support me in this part of my life and it makes me sad to think maybe I won’t be there for my daughter either (although not by choice).

Pro – My husband and I have been lucky enough to do some traveling and explore the world over the years (him a little more than me) and we are excited about the idea of taking her back to some of our favorite places and exploring new places with her.

Con – Holy cow, traveling with a baby/toddler is a whole new ball game!  First, there’s the cost (mentioned above) if we want to fly anywhere.  Then there are the other limitations – neither of us are confident yet in her or our ability to take, say, an 8 hour road trip. The melt downs you don’t see coming, the soon to be potty training issues that will come in to play while traveling, all of the “things” that need to come along – toys, her medicines, snacks, etc, etc, etc.  Now I realize this applies to parent’s of all ages but we were umm, spoiled maybe, with years and years of just picking up and going.  Yes there was sometimes a little planning involved, saving up to afford it, making reservations, etc, but in the end we just packed our stuff, got in the car or on the plane and went with very little worry about how things would turn out or that where we were going was kid friendly. Even planning a day trip is work.  Having to schedule around meals, naps, bedtime…. 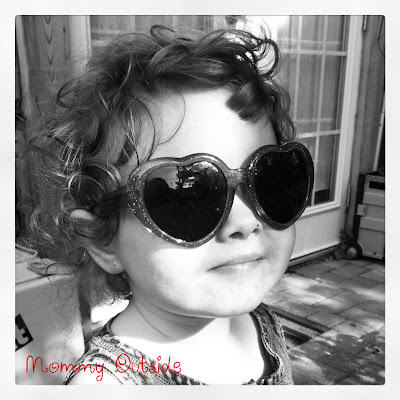 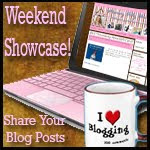 Waiting for the Call – On Drinking and Driving.

There was a lot of drinking when I was young. No, it wasn't me or my friends doing the drinking (although that would come later).…read more →

What's in My Heart? We all know that Valentine's Day falls in February.  But did you also know that February is Heart Month?  Seems like…read more →

Stuff My Three Year Old Asks – And Expects Me to Answer

The average three year old asks 5,387 questions a day.  Ok, I made that up.  But some days it feels that way.  We cannot get…read more →

This article has 3 comments