Deprecated: The called constructor method for WP_Widget in wpex_recent_posts_thumb_widget is deprecated since version 4.3.0! Use __construct() instead. in /home/usi4rw6m6ztg/public_html/wp-includes/functions.php on line 4871
 The Power of the Princess - Outside The Box
My almost two year old daughter has never really been into princesses.  She does have a couple of princess dresses that I have picked up on clearance after Halloween and she loves to put them on but for her it’s more about playing dress up than playing princess.  Her idea of what a princess is revolves around Toopy in a ball gown.  If you happen to be a Canadian mother of a toddler you know what I’m talking about.  If you aren’t, imagine this in a dress… 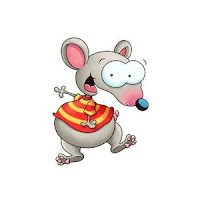 She’s never seen a Disney princess movie and could not tell you the name of any of them (although she can tell you every character on Max and Ruby, Toopy and Binoo and Bubble Guppies).  Personally I have been quite content about all of this.  Not because I have any issue with princesses.  I don’t subscribe to the myth that Disney princesses and Barbie damage our daughter’s self image.  I simply like it because princess paraphernalia is expensive.

This weekend I made a critical mistake.  I came home with a magic wand. I thought it would be harmless.  I was out shopping and rarely come home without something for her (see my post on that).  At Micheal’s I spotted these magic wands, just pink sticks with a foam star on the end, and thought it would be something she might like (and it only cost $1.50).  Well, she was instantly in love with it.  She was running around the house tapping things with it saying “Abba Dabba”.  Great, I thought, she’s doing magic.  Next thing I know she’s pleading with me to let her put on a princess dress.  I could have just gotten out one of the dress up gowns but it was a hot day and I was pretty sure that somewhere I had a simple little hand me down summer dress with a picture of a princess on it.  So up we went to her closet to fetch the dress.  I found it, helped her put it on (which is a struggle because she’s into dressing herself these days) and she was ecstatic!  That evening she was a princess.  In her little dress, never letting that wand out of her sight, casting spells all over the place.

Her daddy gave her a bath and she emerged from the bathroom, scrubbed clean and back in her princess dress.  She refused to put on pajamas so she slept in her princess dress, with her magic wand in bed with her.  The next morning she wore her princess dress to daycare.  That’s right, she slept in it and I let her wear it to school (what we call daycare in our house).  I have learned to pick my battles with this child and this one was not worth fighting.  I went out on my lunch break that day and bought her another practical (as opposed to the costumes) princess dress because I knew eventually the current one would have to go in the wash. Oh and I also picked her up some princess pajamas since she needed some summer pajamas anyways.

She is now a princess girl.  Her magic wand is in rough shape from all the “abba dabbas”  and dragging it to school every day so I have a couple of dollar store spares ready.  I’m hoping this is another one of her passing phases because I have no interest in spending $25 a dress for cheap polyester Disney dresses to let her keep up her princess persona.   She does tend to go through these sort of phases (she was a pirate for a while) so it may pass quickly but I have a feeling this one is going to stick around for at least a little while.  When she wakes up in the morning the first thing she says now is “Where’s my magic wand?”.

A two year old who has had very little exposure to the typical, long haired beauties in the movies is now under the princess spell. This is not about marketing or being bombarded with unrealistic ideals.  This is simply the power of the princess.

Why I Don’t Wear A Bikini

Love your body. It's a message we are being  bombarded with all the time these days. And the spirit in which most people push the…read more →

Idle No More – A Little Education

Last week I was browsing Facebook when I came across a post by a "friend" of mine.  It was in response to the Idle No…read more →

#unBOXPossibilities Experience the Gift of Survival

Well I did it - I made a vlog!  And yes I say ummm. A lot. So I apologize in advance for my awkwardness. Although…read more →

This article has 11 comments